Join Online Yoga Classes With "D'vine Yoga" And Get The Best Experience Of Your Life.

Swami Sachidanand, born in Chandigarh, North India embarked on his spiritual journey at a young age, spending much of his childhood in meditation. He was born and initiated into the Vedantic Tradition. Yoga, especially Bhakti Yoga and Meditation are his lifelong passions and he longs to share these with the world.

He was sent to an Ashram to study Sanskrit Language, Yoga, Meditation, Mantra Chanting, Vedic Scriptures along with contemporary education, on the advice of a family Guru who observed his inclinations towards study and self-exploration. He later studied and graduated in Yoga Philosophy (Eastern and Western) from Kurukshetra University in Haryana and continued his studies Post Graduation at Punjab University, North India.

Throughout his studies (formal education) he was greatly inspired and motivated by Swami Vinodanand ji, one of his teenage Guru’s who taught and initiated him practically in Basic Yogic Kriyas, Pranayama and Meditation. Having completed his University Education and learning Basic Yogic Kriyas from Swami ji, he began travelling India and Nepal sharing the Ancient Vedic Wisdom of Yoga, Philosophy and Meditation. While in Rishikesh, Swami met HH Gurudev Sri Sri Ravi Shankar jr, whose wisdom inspired him to start teaching “Art of Living” courses and programmes.

Having spent a few years both teaching and learning in the well known AOL Ashram, in 2013 Swami moved to Rishikesh and registered “Art D’vine”, an organisation focused on teaching traditional Hatha Yoga (D’vine Yoga) both in Rishikesh and Dharamshala. In 2015 he registered with Yoga Alliance (E-RYT 200, RYT 500) and began training others to become teachers. Swami has taught all over the world including Germany, Italy, Switzerland, Czech Republic, Slovakia, Belarus, Russia and China conducting yoga and philosophy courses and seminars.

In 2016 Swami arrived in Thailand from China for a short visit, where he came across a Therapeutic Yoga Teacher Training (AYTTC - 960 Hour) with International Association of Yoga Therapist (IAYT) at Amrita Healing Centre. This course gave him the Western medical perspective on Yoga, providing him with a more complete understanding of Yoga and its benefits from a medical perspective. He is currently running “Art D’vine Trust” registered with Govt. of India and “D’vine Yoga School” registered with Yoga Alliance (USA) 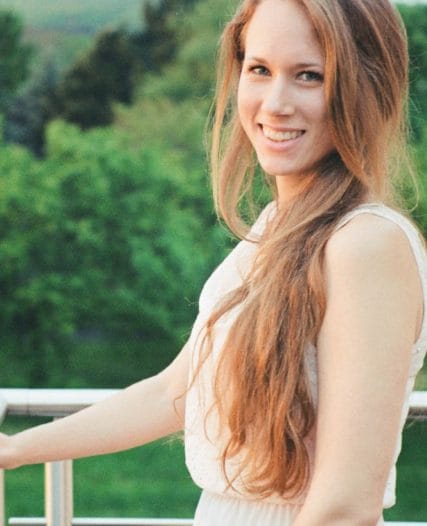 Marie Richtsfeld was born in Vienna in Austria. After graduating from University, she and her husband sold most of their belongings to travel around the world without attachments. For years she has been travelling the world to give and receive. She teaches yoga in different places around the world

Marie completed her Bachelor's degree in International Business Relations and her Master's degree in Information Media Communication at the University of Applied Sciences Burgenland in Austria with semesters abroad in Vancouver, Paris and Prague. She is working remotely as a Webdesigner, User Interface and Graphic Designer and as a Professional Photographer. Marie completed her 200 Hour Yoga Teacher Training with Yoga Alliance at Samma Karuna Awakening School in Koh Phangan, Thailand and her 50 Hour Yin Yoga Teacher Training at Santosha Yoga Institute on Nusa Lembongan, Bali. She is also a certified Akashic records reader available world wide for distance Akasha readings on www.featherly.be. 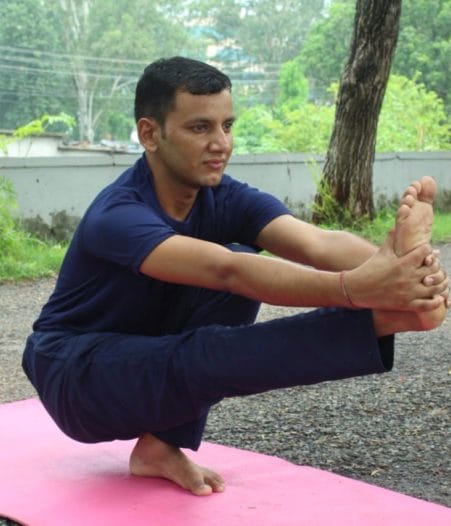 Manoj’s academic background is the M.A Yoga from Kumaun University Nainital. He is a 200 Hours Yoga Teacher. His area of expertise is in Astanga Vinyasa, Hatha Yoga, Vinyasa Flow and Pranayama.

Manoj did his M.A degree in Yoga from Kumaun University Nainital. He graduated as a B.A from Kumau University Nainital in 2017 with 2nd division. His Intermediate is from Uttarakhand Board in 2012 with 1st division. The High School degree he got from Uttarakhand Board in 2010 with 2nd division. Furthermore, he completed his 200 Hours Yoga Teacher Training Course and his one year Yoga Diploma. Manoj has been working as a Yoga Teacher on Natraj Yogpeeth at Rishikesh District in Uttarakhand. 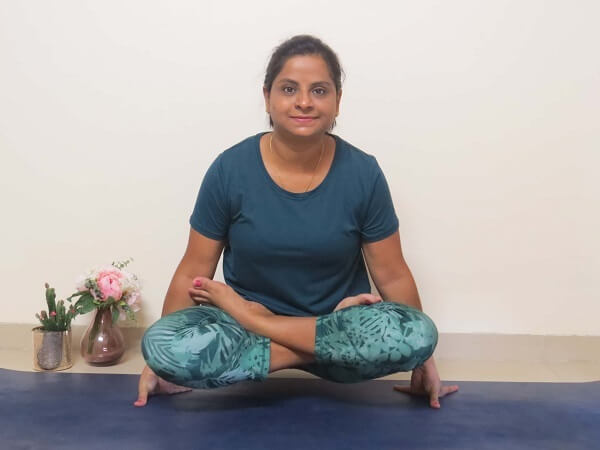 She is an Ayurvedic doctor, has a BAMS degree, and did a diploma in clinical research, and a true yogi by heart. She has worked in both the ayurvedic field and allopathic fields for 5 years and then worked in clinical research for 5 years. She has also lived and worked in the USA for the last 7 years. She is a Yoga student since many years and a yoga teacher for 1 year. She started her yoga journey 4 years back when she suffered through some health issues and she healed herself with the help of yoga. This self-experience inspired her to pursue yoga professionally. She completed 200 Hours multi-style YTTC with D'vine Yoga. She sincerely aspires to utilize her medical knowledge and yoga practices to heal others and now she is a part of the D'vine Yoga team. 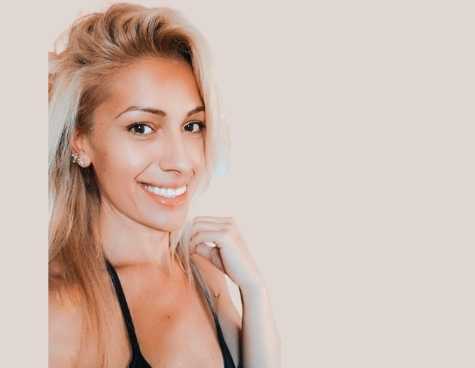 Yogini Fani Hristova was born in Skopje Macedonia. Her spiritual journey starts in 2014, after finishing yoga retreat, she signed up to be a part of the YTTC. As an RYT-200 yoga teacher, she is following her teacher Swami Satchidanand and adopts the way of teaching yoga, based on a traditional way, the last 8 years she travels in many different countries and offers her teachings as a yoga teacher in Thailand, Switzerland, Amsterdam, Greece... 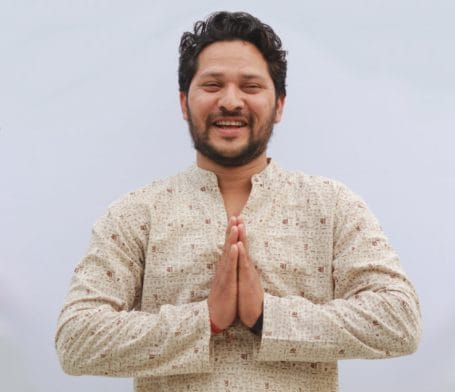 Yogi Nikhil Rawat (Nicky) born in Rishikesh started his yoga journey at the age of 10 with Swami Ji in Kevalya Dham. Practiced Hatha yoga & Karma yoga with Swami Ji for 2 years. Then completed 500 hrs yoga teacher training from Vyasa Yogapeeth Mysore. Had 3 years of experience in teaching Ashtanga yoga and also provided teachings in Nepal, Europe, and China. Now in the present time, he is offering his teaching with D'vine Yoga school. 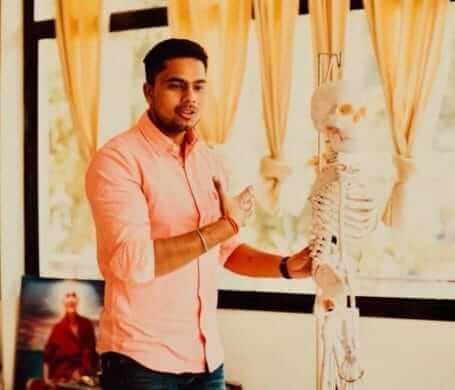 Yogi Yogesh Ji had done a master's in Yogic Science and Therapy. With the unique and student-friendly yoga teaching style, he agitates his energy during Yoga Philosophy, anatomy, and therapy classes. A hard worker and quick learner from an early age, Yogi Yogesh Ji always work creatively for the upliftment of the vivid art of Yoga. With his simple and innovative ways of imparting the best possible yogic knowledge both theoretically and practically, he's one among the foremost amongst the students. 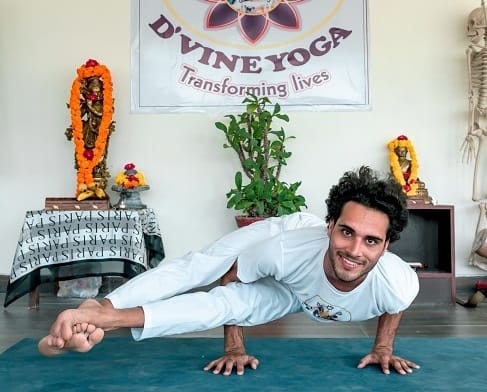 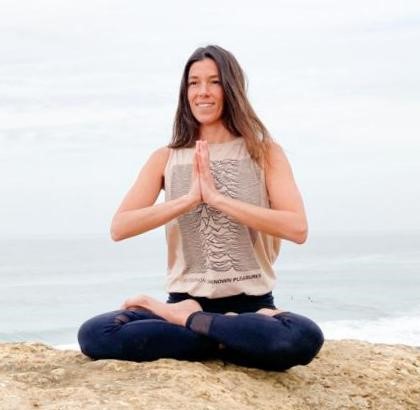 Nina is living in Ericeira, Portugal where she teaches yoga.

Her yoga journey as a teacher began after being a pilates instructor and learning acupuncture. With the knowledge about energy channels aka Nadis, wanted to know how to work them with yoga and so, she has done YA certified Yin Yoga TTC.and also completed 2 YA certified 200h TTC.

She joined the online 300h TTC with D’vine Yoga School, Which was an amazing experience for her, its fine-tuned her perception and helped her dive deeper into yoga. After the training, she was super happy so she decided to join the D'vine Yoga Team of Swami Sachidanand. Looking forward to sharing her wisdom & knowledge of Yogic science.

Explore our courses, choose what’s convenient for you, book a date, and join us soon.
Looking forward to meeting you! 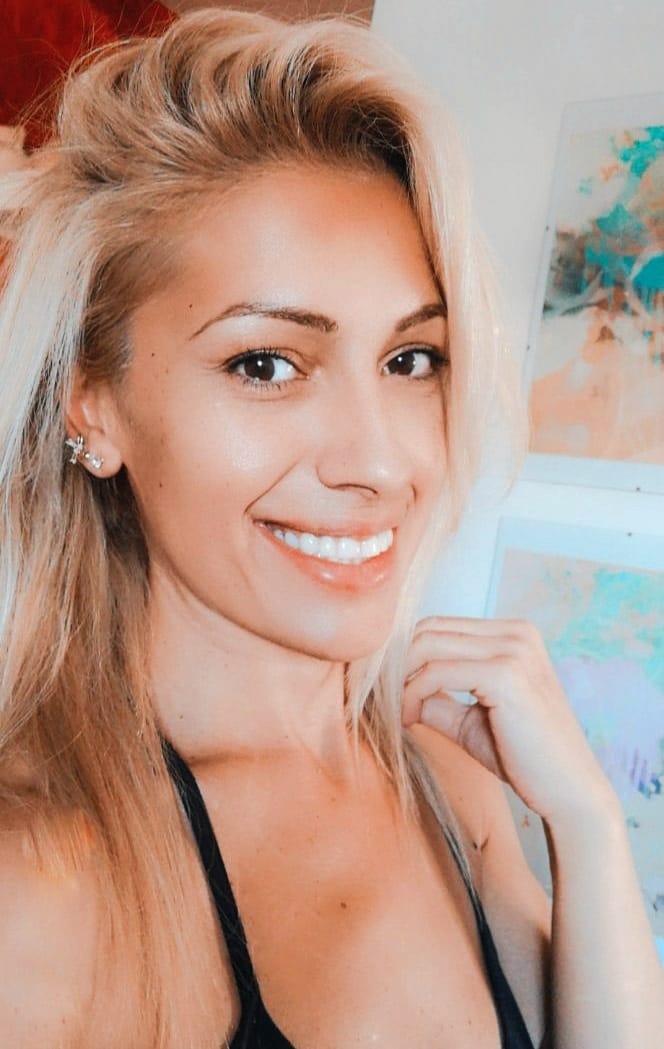 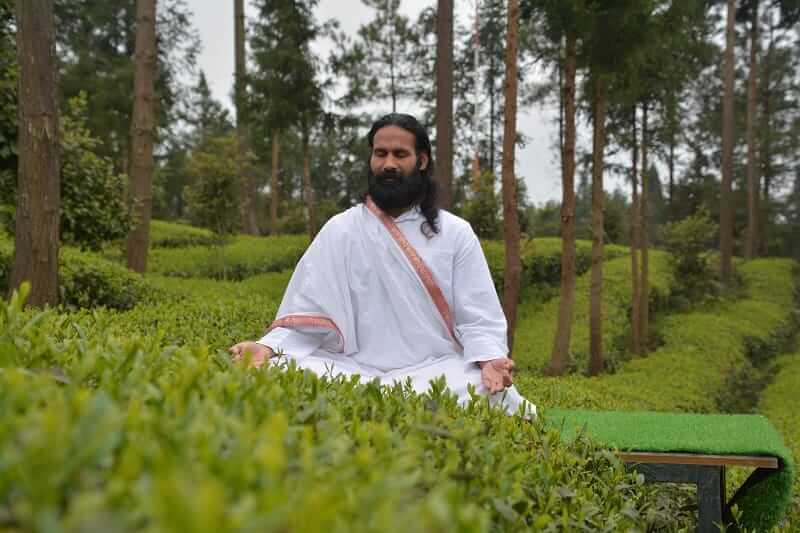 I completed the 200 hours TTC at D'vine Yoga School this year. The training was mainly conducted by the school founder Swami Sachinadand, an outstanding yoga and spiritual teacher. He taught us different styles of yoga (Hatha, Vynyasa, Ashtanga and Restorative Yoga techniques) with a lot of dedication, incredible knowledge and extra time for the students to allow them to enlarge their view and understanding about profound yoga philosophy and benefits. I strongly recommend this TTC for the completeness and depth of the teachings and the variety of learned practices. A special and unique course, indeed.

I was participating multistyle Yoga TTC with D'vine yoga, it was their first online TTC course and took place when in Rishikesh was still partly lockdown. It is not easy to do TTC course online but they gave their best that everything would work out well. We had a chance also to do one extra pranayama workshop among all the other lectures during the TTC. I enjoyed mostly therapeutic yoga classes and would recommend if one has a chance to practice or study therapeutic yoga with them.

“I'm very grateful that I know Swami Ji. I finished 3 of his courses and it was one of
the best experiences in my life! If you have a chance to practice
with him, do yourself a favour - go for it!

I just completed my 300HR TTC online. All went well and the experience was great. Trainers and teachers did well!

“ I recently finished 200 Hour yoga teacher training course in Rishikesh
with D'vine yoga. It was deeply spiritually
moving experience for me.”

Explore our courses, choose what’s convenient for you, book a date, and join us soon. Looking forward to meeting you! 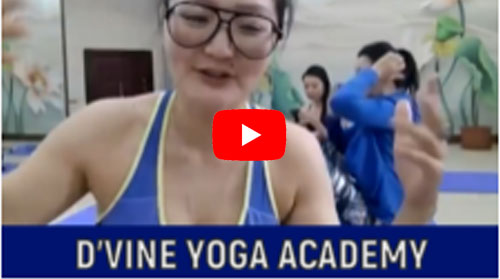 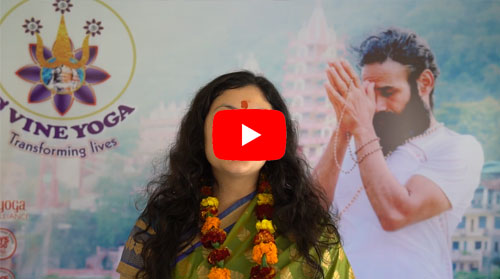 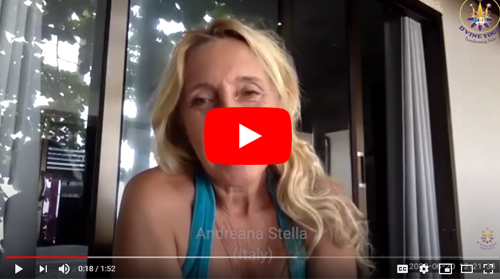 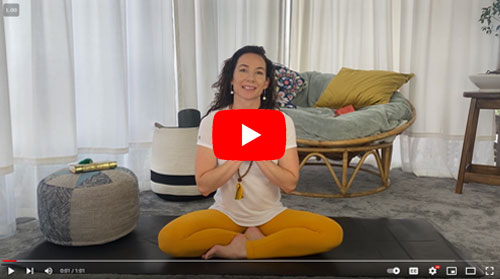